Here comes the second batch of insider’s knowledge on the basics of vodka: trust us, we’re mad for it and want you to be, too! How to drink vodka? Where does it comes from? And can it replace your warmest jacket? Part 2 of our Vodka Myths feature has the answers.

When in Rome, think as the Romans do so don’t you dare think otherwise visiting Moscow or St. Petersburg. However, as it’s easy to guess: 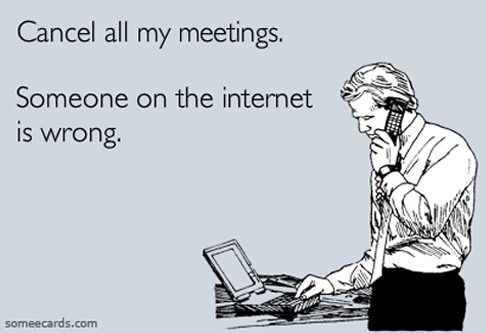 In fact, the story is not that simple. Many sources will refer to Russia being the homeland of vodka basing on the etymology of the word itself: in Russian “voda” (or “вода”, to be precise) means „water”. “Vodka” (“водка”) would be a diminutive name. Check-mate!, some would exclaim! The problem is, Russian and Polish are the same Slavic language family, so the Polish root is equally probable (“woda” and “wódka”).

Another debate revolves around the story of Poland’s 1977 WTO claim for the exclusive use of the word “vodka” for Polish liquor. The Soviets, unsurprisingly pissed by Polish straightforwardness in understanding where vodka was from, commissioned A History of Vodka from their famous food writer, William Pokhlebkin, where he claimed it was – you won’t guess – first produced in Russia, rather than Poland. We must admit, Polish version of the story was not rock solid (there’s a document dating back to 1405 mentioning “vodka”, however it actually refers to a small pond of water, rather than the aqua vitae) but Pohlebkin’s was far from being airtight either. As David Christian, a famous professor specializing in Russian history put it, A History of Vodka “contains many errors of fact and Pokhlebkin does not offer evidence to back up his claims about the history of vodka”.

Looks like we have a draw! But we love to think that vodka is a Polish invention anyway. And if you consider how big Poland used to be back in the day, who knows, maybe it was first distilled in then-Poland, now-Russia?:)

05. Freeze your vodka before drinking

Ok, before we make you deal with this myth yourselves, let’s take a look at what some of the most renowned vodka producers want to tell you about their brands:

Nosing the aroma of Ketel One, you’ll immediately detect freshness with hints of citrus and honey. [Ketel One]

Nose: Faint hint of vanilla along with some gentle, soft cream characteristics.
Palate: Full and round with a medium bodied weight and rich, velvety texture. Some vanilla swaying between sweet and savory with a hint of white pepper and spice.
Finish: Good length with notes of almond, clotted cream and some faint almond and Brazil nut characteristics. [Belvedere Vodka]

Nose: clear, fresh with an elegant floral aroma accented by a subtle citrus note.
Palate: initially soft with a gentle sweetness that gradually envelops the mouth—smooth and rounded texture with a hint of almond.
Finish:  fresh and bright throughout with a long, satisfying finish. [Grey Goose Vodka]

Funny thing is, we’re talking about “neutral spirits distilled or treated after distillation with charcoal or other materials so as to be without distinctive character, aroma, taste or color” (USA legislation) ora liquor whose “organoleptic characteristics of the raw materials used (…) are selectively reduced” (EU legislation). Again, you may want to come back to the first myth we busted in Part 1 of this blog post🙂

Anyway, it’s clear now that vodkas do have taste and that vodka producers want you to experience it. Give them a chance and don’t freeze your vodka! What low temperature does to your tongue and palate is basically making your taste buds numb. Try it! Suck on an ice cube for a minute before you eat something and notice how bland it will taste. Smell is a factor here, too. We bet you can realize a difference between smelling roasted coffee beans and the same thing but frozen. So, yes, freeze bad vodka before drinking!

Last but not least, freezers have been around in our households for no more than the last 6 decades

Would that mean we had only been able to fully enjoy it in the wintertime before? Which leads us to myth no 6.

Even though you may have seen people trying to prove otherwise:

…no, it doesn’t. Unfortunately for all of you struggling to spend a full day out in Eastern Europe in winter. So what’s the thing with those Bernard dogs carrying casks of liquor around snowy mountains to warm up anyone in need? Well, we owe this common concept to a certain Edwyn Landseer who back in 1820s painted Alpine Mastiffs Reanimating a Distressed Traveler or, as a more appropriate version of the title should go, Alpine Mastiffs Trying to Bring on Hypothermia to a Distressed Traveler. Alcohol does give you a warming up feeling so it may lead to a conclusion that your body temperature grows. In fact, it’s just the opposite! Already the first shot of vodka does a little magic to your blood vessels: 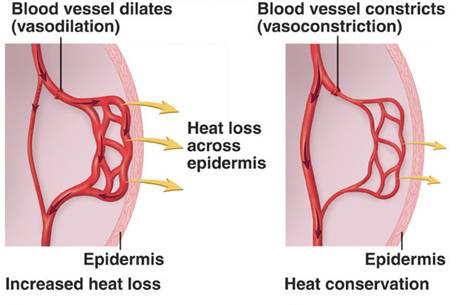 It makes them dilate, bringing blood closer to your skin surface and giving you this comforting, warm feeling. At the same time your body temperature drops, as the heat is released outside your body through skin.

Now that you know, remember: if you’re lost on a freezing cold Polish night trying to survive it and you happen to carry a bottle of vodka with you, don’t drink it! First of all, you’re most probably drunk already. And point two is the lesson you’ve just learned from this blog post.

We’re Eat Polska. We run culinary tours about food and vodka in Warsaw and Krakow. We’re also passionate foodies and city explorers, and this blog is where we share our hints with you.